In a matter of seconds, your world can change. When a 7.0 magnitude earthquake ripped through Haiti in 2010, no one was prepared for the aftermath that would occur. Over a quarter-million people dead, and with 52 aftershocks, the country continued to be hit over and over. As the poorest country in the Western Hemisphere at the time, the country’s infrastructure was brought to a halt and the process of rebuilding was painful. Despite the immense amount of aid that was brought in, efforts were often uncoordinated and lacked local partnerships which impeded the impact made. But as our guest today says, we shouldn’t wait for an opportunity for change, we have to create it – and he is doing just that through medical education, virtual technology, and expansion of the trauma surgical workforce through training of future Haitian surgeons leaders. Join us as we speak with Dr. Pierre Marie Woolley, an orthopaedic trauma surgeon who was on the front lines of providing surgical care during one of the worst disasters ever seen in his country and how the lessons learned in 2010 have been applied in 2020 in the disaster of COVID-19. 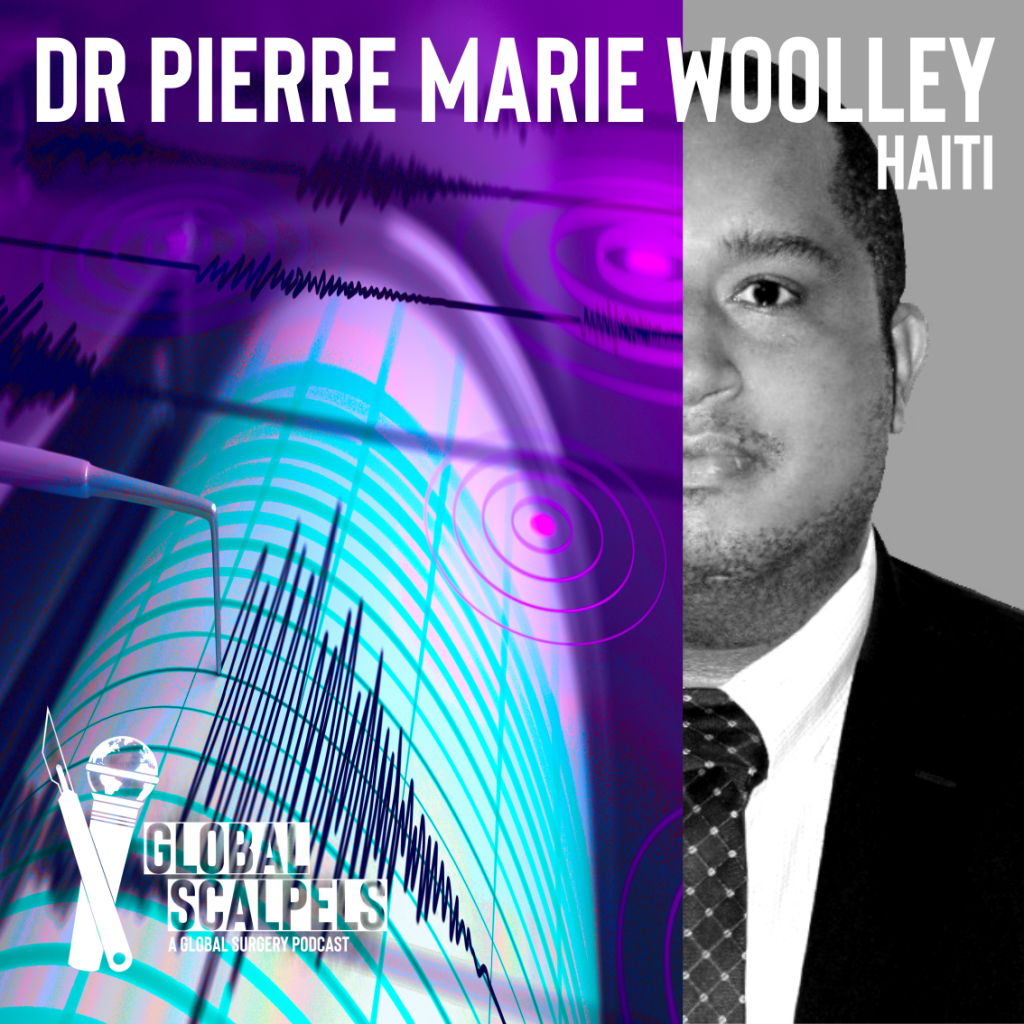 Dr Pierre Marie Woolley is an orthopaedic trauma surgeon based in Port Au Prince, Haiti. After completing his residency in Haiti, he completed a trauma, pelvic, and acetabular surgery fellowship in the United States. He now serves as an associate professor at University Of Notre Dame School of Medicine in Haiti and the orthopedic Residency Academic Director HUP La Paix State University Hospital. He also serves as the major liason for the Harvard Haitian Annual Assembly for Orthopaedic Trauma. His passion lies in research for improving education and global surgery in his home country of Haiti and other low-income countries.